Vote for CPP for Peace and Prosperity of Cambodia, Says PM Hun Sen 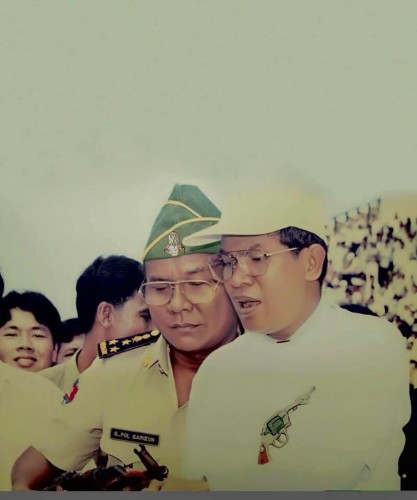 Voting for Cambodian People’s Party, order 20th on the ballot paper in the July’s election, is voting for peace and prosperity of Cambodia, Cambodian Prime Minister Hun Sen wrote on Facebook on Saturday morning attached with a photo took in 1998.

“This is a photo taken when we destroyed weapons at Olympic Stadium when all Khmer political parties chose peace rather than continued the war,” the premier wrote.

“Peace we enjoy today is very difficult to earn, so we have to take care of it at all costs,” he added.

Prime Minister Hun Sen viewed the CPP’s order 20th a good number that is easy to note and to vote for.