Prime Minister Calls On Cambodians In US to Be Vigilant 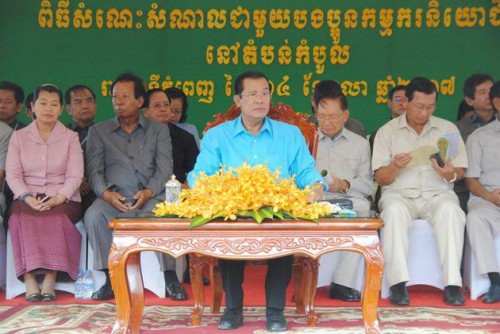 The premier has asked Cambodian citizens living in the United States to be more vigilant.

The remark was made at a discussion with more than 10,000 workers on National Road 4 in Po Sen Chey district on Wednesday morning.

PM Hun Sen also shared condolences with American family and government. He added that if there is no better weapon control, mass killings in the US could continue.