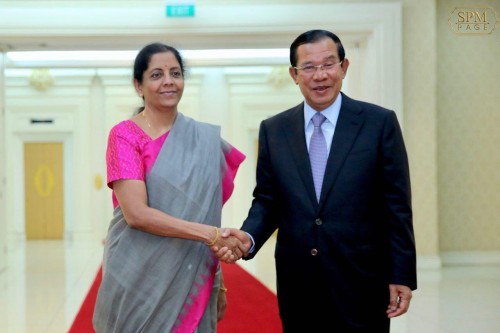 The premier’s secretary added that the visit has strengthened and expanded the relations between Cambodia and India.

Prime Minister Hun Sen appreciated India’s cooperation with Cambodia to carry out peacekeeping missions under the umbrella of the United Nations.

Indian Defense Minister led a delegation to visit Cambodia from June 10 to 12, 2018 at the invitation of Cambodian Minister of National Defense Tea Banh, at the Peace Palace, Phnom Penh, according to Ministry of Defense’s press release Fresh News received late Friday.