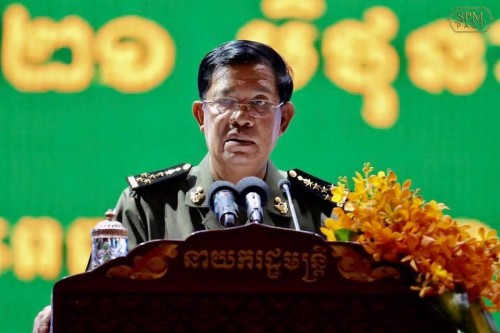 In a statement made during celebrations for the 10th Anniversary of Cambodian Veterans, the Prime Minister suggested that war will ensue if the Cambodian People’s Party fails to win next year’s elections.

The Premier went on to say that war can happen by politician’s mouth, not just from weapons.

He went on to say that the peace enjoyed today is owed to the sacrifice of the Cambodian people, not god.

The premier shared his appreciation and support to all veterans for their sacrifices and encouraged the families of soldiers and veterans not to grieve, but to feel proud.

The P.M. took credit for peace, claiming that it was ultimately his win-win strategy that ended the war and not the UN, which spent over $2 billion to end the conflict.

He added that the Paris Peace Agreement is being used as propaganda by those who do not even understand it.