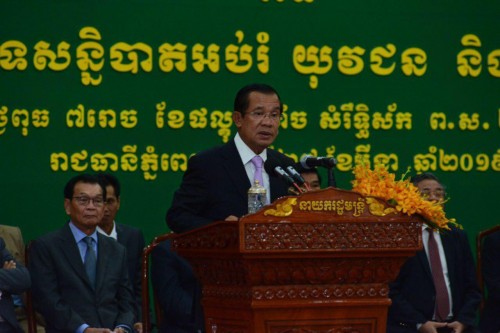 “This year, we have faced extreme electricity cut off. I urge the salespeople not to charge too much on supplying electric generators,” the Premier stated.

The electricity shortages Cambodia faces resulted from the booming of construction sector, the increase of 700% in 2019 compared to last year. Cities in the capital Phnom Penh, Siem Reap, and Sihanoukville used to require only 20MW, now 100MW is not enough for those cities.

According to the government’s circular, Cambodia will face drought during April and May and that temperature will rise to 40-42 degree Celsius due to El Nino.

In the circular, it stressed that the influence of El Niño will also cause less rainfall, thunderstorms and winds, and late rainy season.