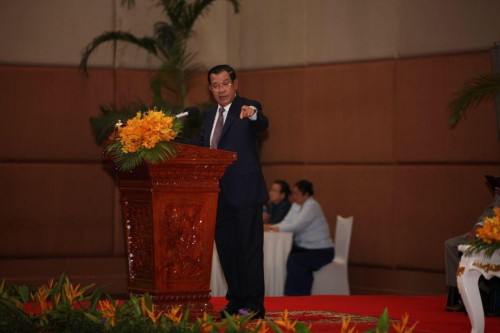 Cambodian Prime Minister Hun Sen called on all levels of authorities to jointly combat the spread of HIV/AIDS during the Water Festival from 10-12 November 2019.
The call was made at the ceremony on official implementation of National Strategic Development Plan (NSDP) 2019-2023, held at Sokha Phnom Penh Hotel.
“Authorities at all levels must be responsible to protect all boat athletes,” the premier said.
“The problem of HIV must be carefully managed, as it can be spread in any circumstances. Every year, the Ministry of Health has distributed [condoms], and educates the people,” he added.
According to the press release from the Ministry of Information, the National AIDS Authority is planning to distribute over 500,000 condoms to people, especially the boat athletes.
Premier Hun Sen also urged Phnom Penh Capital authority to better manage and collect waste and called on people joining Water Festival to properly dispose waste.
The Royal Government of Cambodia will deploy an approximately 20,000 forces to maintain order and security during the three-day water festival.