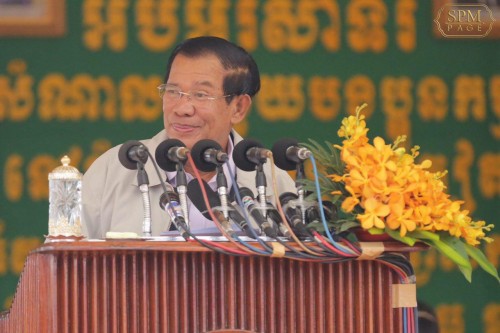 Prime Minister Hun Sen confirmed that the three major sectors that contribute significantly to promoting economic growth in circle of 7%, including the agricultural sector, which contributes 25%, industrial sector contributes more than 30% and services sector contributes 45%.
The remarks was made during meeting with 14,099 workers from 15 factories along National Road 3 in Phnom Penh’s Por Senchey district on Wednesday morning.
Prime Minister stated, “Our works on social economic development and reducing poverty is not a joke”.
“Cambodia has enough food and even exports to the world,” he added.
The World Bank predicts that in 2017 Cambodia’s economy will grow at 6.8 % and 6.9 % in 2018. The Asian Development Bank (ADB) also estimates that Cambodia’s economic growth will grow 7% percent in 2017 and 2018.