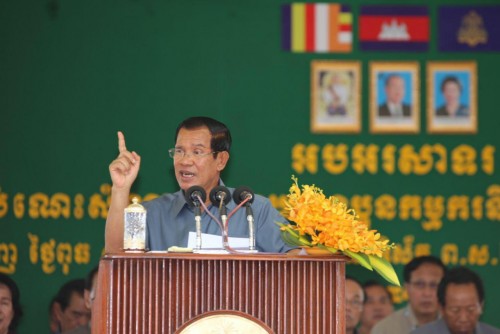 “They can’t do anything, so they hacked my account; I hope that this cyber crime will be condemned by the world […],” said Prime Minister.

“They hacked to mislead the public on Cambodian elections. We know who did this! They even thanked Facebook friends; especially to the Philippines, India, and Indonesia. Who are you? You [Rainsy] have complained about that case to Facebook,” he added.

He stressed that Rainsy’s act was a serious crime, and he allowed the competent Cambodian authorities to do the work, as they also have a relationship with the international police.

The premier’s Facebook was retrieved at 1 p.m on the same day with assistance of Facebook company, according to interior ministry spokesman Khieu Sopheak.

During the two-hour controls, they posted information to mislead the public on National Assembly seats allocation, and deleted some information from the account.