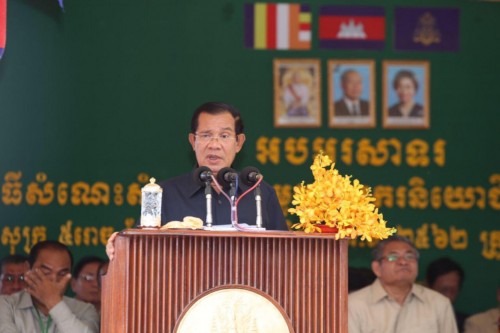 “Producing and distributing such documents are the wicked plans of the ill-intended groups who wished to destroy the trust and confidence of the government heads and officials,” he added.

It is worth noting that the above-mentioned fake documents were disseminated both on Facebook and Telegram since yesterday following the premier’s meet-and-greet with garment workers in Kampot province late Friday.

According to the premier, all the offices will be cut off, except army, police, health, and education, and land management. Indeed, offices of common affairs like agriculture, water resources, rural development will be formed as a collective division. Same goes to industry, mines and energy, and also social affairs and culture.