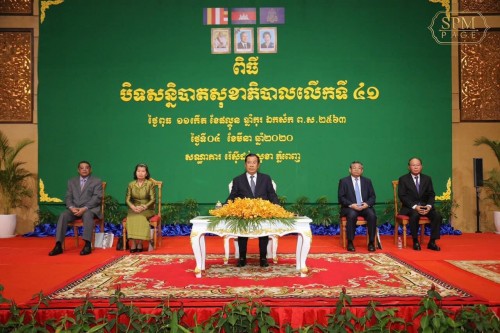 Cambodian Prime Minister Hun Sen regarded fake news spreaders as “terrorists” which created problems not only in Cambodia but beyond.
He spoke at the annual congress of Ministry of Health, held on Wednesday.
“Those who spread fake news are terrorists who do not only pollute the Cambodian society but also the world. Even the World Health Organisation is irritated with issue of fake news,” the premier said.