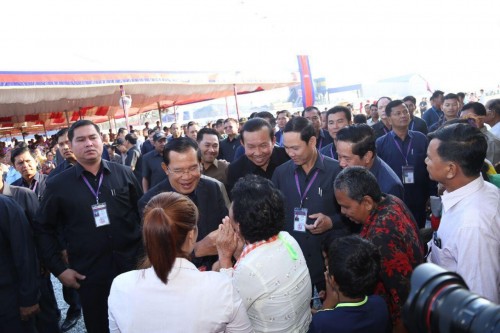 Cambodian Prime Minister Hun Sen on Tuesday said that he intended to ignore and will not respond to the opposition groups who tried to attack him on Facebook.
The premier spoke at the groundbreaking ceremony for rehabilitation project of National Road 2 and 22 held at Phnom Penh’s dangkor district on Tuesday.
“I will not talk to anyone of the opposition group. No need to push me to reply,” said Prime Minister Hun Sen.
Cambodian prime minister also criticised owner of Facebook page “True Information about Cambodia”, which often spread fake news on social media.
“What’s the point of posting fake news?” he questioned yet warned to take legal actions against those who spread fake news.