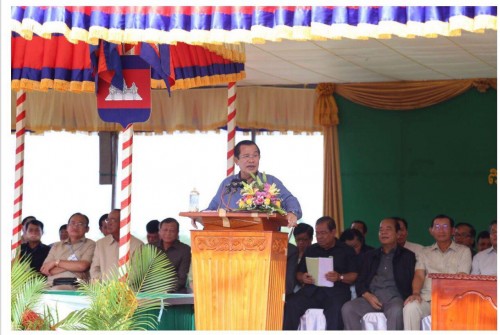 The claim was made when the premier visited more than 10,000 workers at a special economic zone in Phnom Penh’s Kambol district on Wednesday.

The policies were imposed in 2016 by former CNRP president Sam Rainsy as a sanction for Cambodian government to promote human rights and democracy.

“Even though they hate me and want power, they should not kill the citizens with their three “don’t policies,” said the premier.

“I continue to practice our three “do policies” including asking for foreign aids, foreign investment and exports,” he added.

PM Hun Sen also announced that he will spend two days each week to meet with workers.