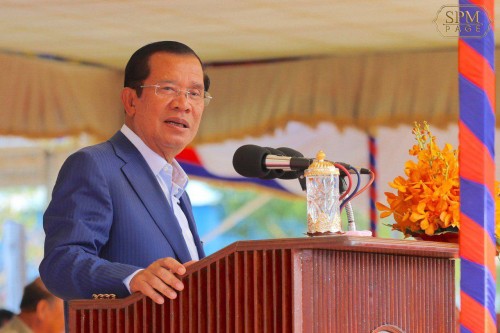 Royal Government of Cambodia decided to build a long-term water reservoir to supply water in Koh Kong, a southwest coastal province of the kingdom, under the coordination of tycoon Ly Yong Phat, according to Head of the Government Hun Sen on Wednesday.

“We must address water crisis in Koh Kong. Now Thailand will provide water to people in Koh Kong. We will prepare pipes to ensure three-month water supply until the rain comes.”

According to spokesperson of the industry ministry, five special economic zones led to the increase of population thus more demands for water.

Digging wells rarely work in Koh Kong, as the province is filled with seawater from the Gulf of Thailand.

According to the government’s circular, Cambodia will face drought during April and May and that temperature will rise to 40-42 degree Celsius due to El Nino.

In the circular, it stressed that the influence of El Niño will also cause less rainfall, thunderstorms and winds, and late rainy season.