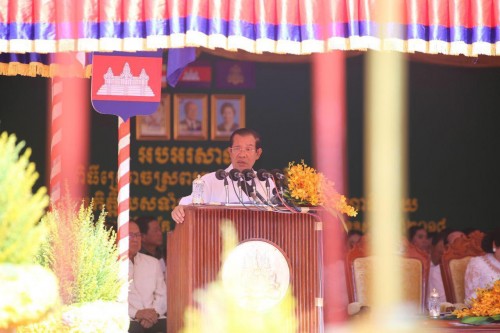 The premier added that Buddhism has educated people to practice good deeds, which contributed to governance, speaking at the Buddhist ceremony in Phnom Penh’s Botum Vatey Pagoda.

Cambodia has 4,925 pagodas nationwide with 66,056 monks. Pagodas are also home to the elderly, the poor, and students from provinces to continue their education.