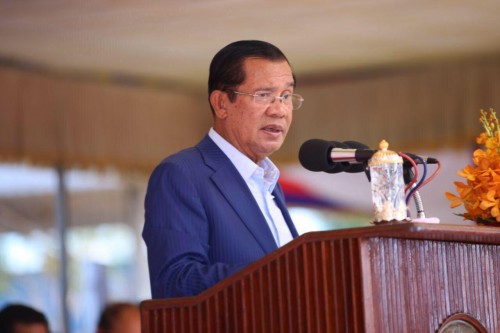 Cambodian Prime Minister Hun Sen warned against Facebook users who insulted him, addressing to more than 13,000 workers from seven factories in Koh Kong province on Wednesday.

“I will sue those who insulted me for at least USD 2 million compensation. If you are abroad, your assets in the kingdom will be confiscated, sold, and donated to orphans,” he warned.

According to the Premier, those who insulted him are members of the dissolved opposition party dissolved in late 2017.

Addressing to 5,000 local journalists in late January, Prime Minister urged all Facebook users to stop insulting one another.

He also encouraged Facebook users not to act as the cyber judges, or analysts or professors on social media, as it would mislead the public and turn small matter “big”; and urged the media outlets to stop disseminating fake news and scornful content.