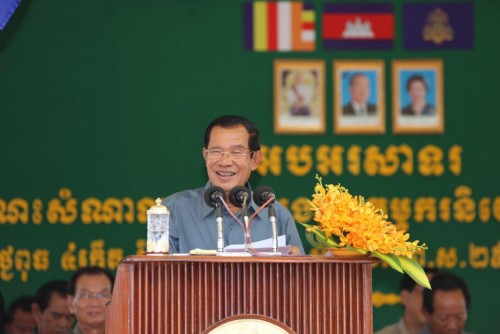 Prime Minister Hun Sen, President of the Cambodian People’s Party (CPP), announced to host a forum with all the 20 political parties to gather ideas for national development, addressing to 15,000 workers from 17 factories in Phnom Penh on Wednesday.

The forum aimed to create culture of dialogue between the ruling and opposition parties for sake of national development.

“I want this informal forum to bear fruits from each party for the contributions to national development […],” said the premier, adding that, it is our interests and our harmony created by culture of dialogue.

The forum will be held at the Peace Palace prior to the establishment of the new government.

The premier confirmed that he will personally write a letter to invite two to three representatives from each of the 20 political parties.

He also revealed that the new Royal Government will invite the president or leaders of any party to be the advisors at the relevant ministries of their expertise.