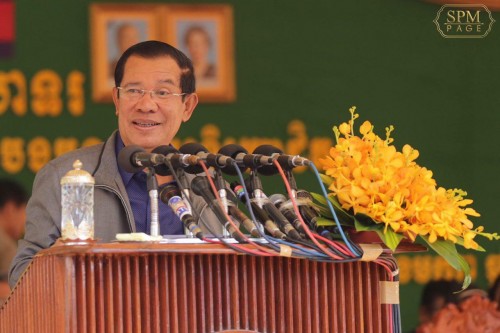 Prime Minister Hun Sen reacted to a number of analysts for stating that Cambodian government has not yet resolved any remaining issues.
The reaction was made when the premier held a meeting with 13,000 garment workers from 13 factories located in Toul Sangke, Phnom Penh on Wednesday.
Analysts stated that the government achieved many great improvements in 2017, but haven’t solved the remaining problems, including corruption, deforestation and land disputes.
Prime Minister Hun Sen explained to analysts that even developed countries like the U.S still has the same challenges, not only Cambodia, and that those issues have to be resolved continuously like our daily lives.
He added that he has experienced leading Cambodia over 30 years. Not only has he solved the problem in the Cambodia, but also participated in solving issues challenging the region and the world.