PM Hun Sen Criticizes US Military for Invading Other Countries 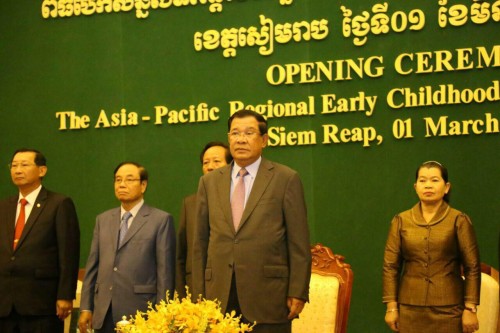 Phnom Penh,March 1 – Prime Minister Hun Sen, speaking specifically to US, stated today that “If there are more international conflicts, we should increase our voices and point out those countries that cause war and harm other countries.”

The statement was made by the premier during the Asia-Pacific Regional Conference on Early Childhood Development, organized by the Ministry of Education, Youth and Sports in Siem Reap.

“Cambodia suffered from chronic war during the 1970’s. The invasion of the US in Cambodia caused chaos and resulted in children’s disabilities and created a situation of malnutrition. Children are still vulnerable to US bombs,” he added.

Heng Ratana, director-general of Cambodian Mine Action Centre (CMAC) reported that nearly 2.8 million tons of bombs were dropped by US in Cambodia from 1965 to 1973 alone.