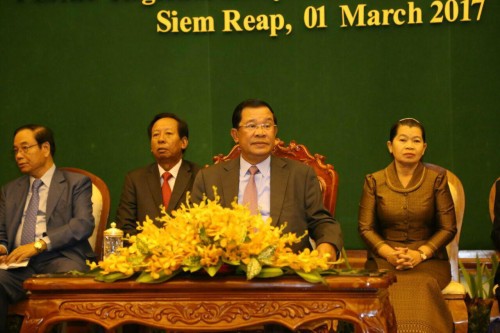 Siem Reap , March 1 – Prime Minister Hun Sen has criticized the US for holding Cambodia accountable for it’s debt despite the fact that the US illegally dropped bombs in the country.

However, the premier said he has yet to speak with President Trump regarding the cancellation of the debt.

The statement was made by the premier during the International Conference of Asia Pacific regarding the welfare of children, organized by the Ministry of Education, Youth and Sports in Siem Reap.

The Prime Minister stated that ordnance dropped by the US continues to kill and injure children in Cambodia.

The Prime Minister also stated that the US has advised the IMF to stop supporting Cambodia.

He further encouraged Cambodians to stand up and be more aggressive to develop own nation in order to avoid contempt from other countries.