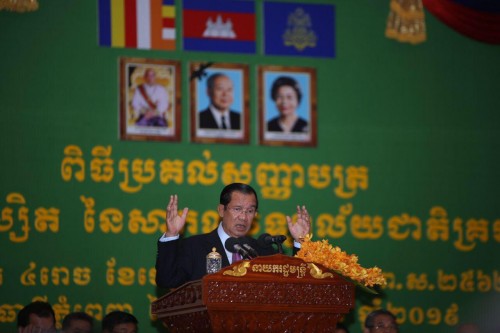 Cambodian Prime Minister Hun Sen strongly condemned attacks on churches and hotels in Sri Lanka on 21 April 2019 that killed at least 310 and injured 500, speaking at the graduation ceremony at Koh Pich on Tuesday.

Prime Minsiter questioned whether the attacks on Church in Sri Lanka and attacks on the Mosque in New Zealand are relevant. He stated that both attacks are the lessons for Cambodia concerning arms management.

“The Royal Government of Cambodia condemns in the strongest term this senseless and deplorable act of violence. The RGC is firmly committed to the fight against terrorism and extremism in all its forms and manifestations,” the ministry wrote.