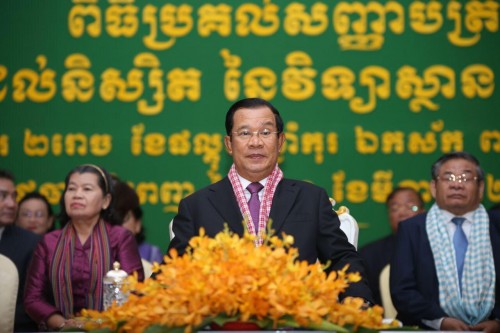 Cambodian Prime Minister Hun Sen announced that those who are guilty of treason must be punished in accordance with the Kingdom’s law in force, speaking Tuesday at the graduation ceremony in Phnom Penh.
“Guilty person cannot avoid punishment. Cambodia is rule of law country,” the premier said.
His reactions came after requests to drop charge against opposition figure Kem Sokha in return for the concession of the 20-percent EBA suspension.
“Cambodia cannot tolerate those who wish to destroy the country. So the legal process continues. Cambodia implements her own laws just like other countries do,” the premier said.