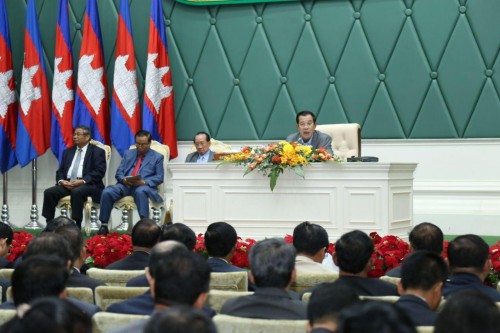 Prime Minister Hun Sen has criticized the former Cambodian National Rescue Party (CNRP) leader, Sam Rainsy as arrogant and that he could not continue conversation dialogue with Rainsy.

The criticism was made at the 2nd National Forum on “Protection and Conservation of Natural Resources”, organized by the Ministry of Environment at the Peace Palace on Tuesday morning.

“Sam Rainsy had destroyed my reputation during a joint meal between his family and my family in July 2015,” said the premier.

“Rainsy is an unreliable person who often attacked me,” he added.

The premier stated that he could live with all people across the country, except Sam Rainsy.