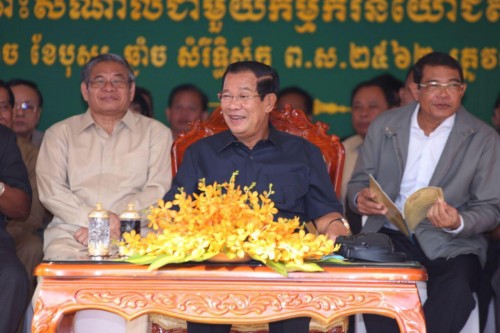 Cambodian Prime Minister Hun Sen stated that the General Department of Customs and Excise could earn US$200 million per month and that refusing to sell 50 per cent of its shares to private sector was his right decision, speaking in a meeting with approximately 12,000 workers from 12 factories in Kampot province on Friday.

According to the premier, a private institution would like to control 50 per cent of Cambodia’s customs, warning that the Customs Department would bankrupt due to the lacks of leadership capacity.

“I rejected to sell 50 per cent of customs to the private. I made the right decision, saving US$100 million per month,” the premier stated.

“Back then, I absolutely rejected the proposal despite warning to eliminate aids,” he added.

According to the custom’s first semester 2018 report, Cambodia collected $1.1 billion.