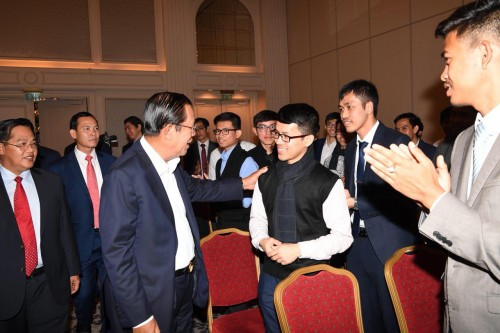 “Today, Cambodia-Turkey sign eight agreements, including an agreement on the mutual protection and promotion of investment, which can attract Turkish investors to invest in Cambodia,” said the premier.

He also informed Turkish parliament president as well as businessmen that Cambodia-Turkey will also sign DTAs to facilitate investments of the two countries.

The premier added that although Cambodian investors are least able to invest in Turkey, Cambodia still has close cooperation with Turkey on diplomatic relations, investment, trade, economy, education and other key sectors.

Prime Minister Hun Sen said that Turkey is the world’s 17th largest economy and the ASEAN’s Dialogue Partner, so the promotion of relations with Turkey is essential for Cambodia.