PM Hun Sen: For Cambodia to Develop, It Takes One of My Eyes 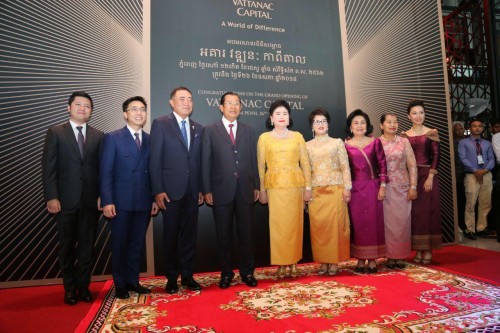 The premier told that he had gone to the battlefield for 105 times, been injured five times, and lost one of the eyes.

The premier added that he was proud to finally see the development and the presences of high-rise buildings in Phnom Penh after the three-decade war.

He also mentioned three major obstacles he faced to demolish Pol Pot regime, including the internal misunderstanding of the government; the differences between the economic regime between Cambodia and Vietnam; and seeking assistance.

Back then, Cambodia had only received assistance from the former Soviet Union and Eastern Europe.

With the ongoing progress and prosperity of Cambodia, Prime Minister Hun Sen continues to mobilize overseas investors to Cambodia and provide fair treatment to all investors both local and from abroad.

The premier also pledged to protect peace and further develop the nation.