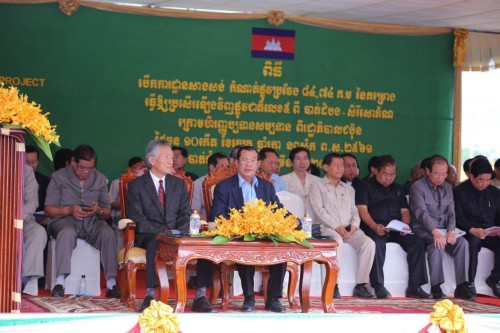 Prime Minister Hun Sen announced that Cambodia is a democratic country; Cambodia held the Senate election on February 25, 2018, and the upcoming National Assembly election will be held on July 29, 2018.

The announcement was made in the groundbreaking ceremony of the national road 5 improvment project of 85km from Battambang to Serey Sorphon, with an estimated cost of $185 million, financed by the Japanese concessional loan.

The premier said that Cambodia is implementing democracy and will not cancel nor delay any elections like other countries.

“Cambodia does not cancel nor postpone any elections. This is the regular process of Cambodia’s democracy,” stated the premier adding that “democracy requires rule of law; without the law, it will become anarchic”.

Cambodia has held its general election regularly since 1993. This year, many political parties announced to participate in the election race for the 6th mandate national assembly election.