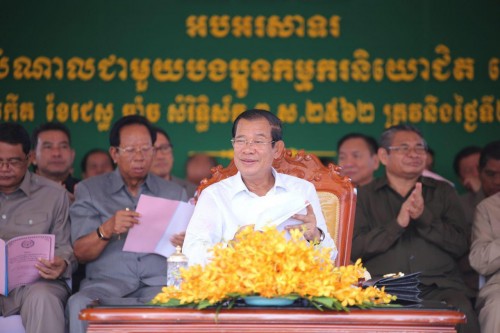 The premier also thanked Kampong Speu citizens for voting for the CPP and contributing to the rebuilding of the country from the Genocidal Regime.

He added that if the country is unprivileged and undeveloped, Prime Minister and the CPP will sacrifice everything to maintain peace for the nation and the people despite being persecuted by the opposition and some foreigners.

For the upcoming National Assembly 6th mandate election, CPP has registered 271 candidates across the country, of which 125 is official and 146 is reserved.

Among the 271 candidates, 20 candidates were born after January 7, 1979, aging under and around 30 years old. In the 5th mandate, the CPP offered three young men the opportunity to be representatives and some other youths serve as ministers and leaders in various ministries and institutions.