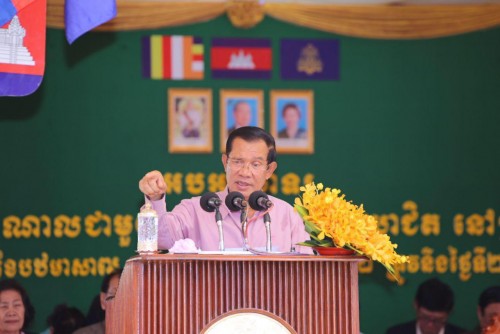 His appeal was made in a meeting with more than 17,000 workers from 13 factories in Takeo province, approximately 70km southwest of Phnom Penh.

The 2018 FIFA World Cup is the 21st FIFA World Cup, a quadrennial international football tournament contested by the men’s national teams of the member associations of FIFA.

It is currently ongoing in Russia starting from 14 June and will end with the final match on 15 July 2018. The tournaments are held in 11 cities, including Moscow, Petersburg and Sochi.

The organizers expected 570,000 foreign fans and approximately 700,000 Russians to attend the World Cup in Russia, leading to a boom in tourism sector, including hotels, restaurants, transportations, and other services.