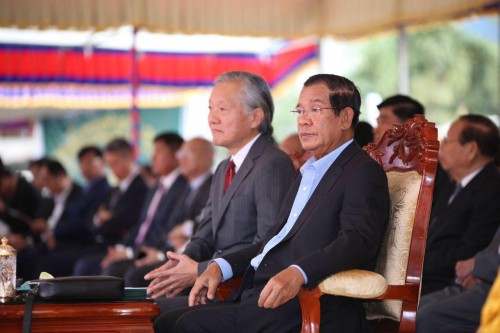 Cambodian Prime Minister Hun Sen called on people to join General Population Census of Cambodia, which will start from 3-13 March 2019.

The statement was made Monday at the flood protection and drainage improvement project groundbreaking ceremony, which he co-chaired with Japanese Ambassador to Cambodia Horinouchi Hidehisa.

“I urge our people to cooperation with our census officials to provide the required information,” the Premier stated, adding that, “all the government officials, regardless of ranks and positions, must join the census.”

According to the premier, the census will provide accurate demographic information that will help the government effectively formulate policies and other programs to achieve development for all; thus, he appealed everyone to provide sufficient and accurate information to census officer.

Census is the only way to get complete data of people’s characteristics. The data will indicate and monitor the implementation of the National Strategic Development Plan and Sustainable Development Goals 2016-2030 Agenda.

Cambodia is supposed to hold the census in 2018, yet the kingdom postponed it for one year due to the holding of general elections in 2018.