PM Hun Sen to Brad Adams: Cambodia Is a Sovereign Nation, Not Subject to any Foreign Laws 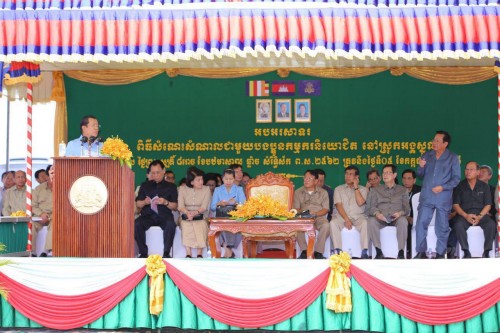 Cambodia is not under any foreign laws; Cambodia is a sovereign, independent and strong member of the United Nations, Cambodian Prime Minister Hun Sen told Brad Adams, Executive Director of Human Rights Watch’s Asia on Thursday.

“I told Brad Adams again: national defense tools are the army and police […] never forget that Cambodia is not under your influence; you have no rights, this is a sovereign state,” Prime Minister Hun Sen said.

Khmer in this era will not sell or destroy the nation.