PM Hun Sen: I Belong to the People of Cambodia 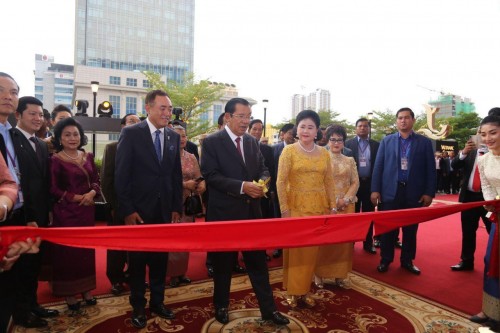 Speaking at the Grand Opening ceremony of a 250-million-dollar Vattanac Capital on Saturday evening, Cambodian Prime Minister Hun Sen said that he belongs to the people of Cambodia without caring how foreigners regarded him.

“I represent a nationality [Cambodian] with pride. I don’t care whom I am regarded. What matters is Hun Sen is really Hun Sen,” the premier said.

He reiterated that he sacrificed his life to bring peace to Cambodia and develop this Kingdom from zero.

Prime Minister thanked the private sector for contributing to Cambodia’s economic growth and encouraged them to invest more.

He stated that today’s development is not enough. In this sense, Cambodia has to mobilize more investors, as peace prevails.