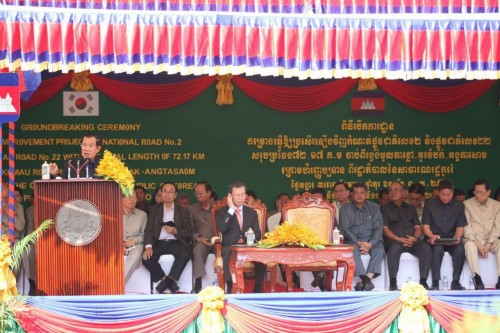 Cambodian Prime Minister Hun Sen said on Tuesday that he will attend the ASEAN-US Summit, to be held in Las Vegas in March 2020.
The premier said he is going to meet with the President of the United States Donald Trump, speaking at the groundbreaking ceremony for rehabilitation project of National Road 2 and 22 held at Phnom Penh’s dangkor district.
“I would like to inform Cambodian people living in the US that I will arrive in Las Vegas on 12 March; play golf there on 13 March; attend the summit on the 14; and meet with Cambodian community on 15. I will repatriate after meeting with US President Donald Trump on the 16,” stated the premier.
Malaysian Prime Minister Mahathir and President Rodrigo Duterte of the Philippines said they would not join the summit yet send foreign ministers instead.