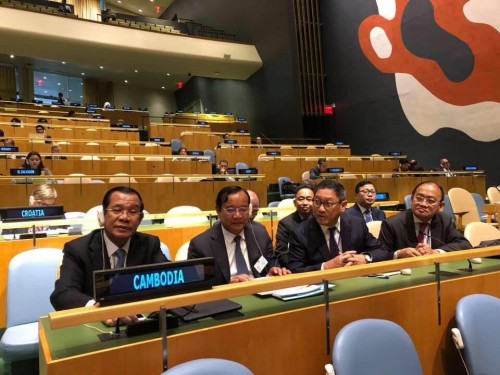 Prime Minister Hun Sen and his delegation arrived the UN headquarter at 9:00 pm (Cambodian time), 10 a.m (US time), according to photos posted on Prime Minister’s Facebook.

“Compatriots, I am sitting at the Cambodian seat at the United Nations for the 73rd General Assembly. I will deliver my speech this afternoon and hold meeting with the UN Secretary-General in the evening,” the premier wrote on Friday.

The Strongman also taunted former opposition leader Sam Rainsy for lying to the public that the UN will suspend Cambodian seat.