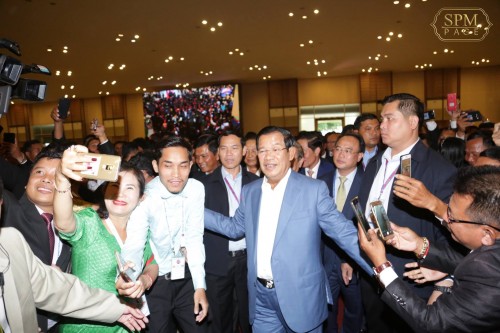 Cambodian Prime Minister Hun Sen appealed to all journalists to constructively criticize all frameworks – political, institutional, and individual – addressing to 5,000 local journalists at the Diamond Island Convention on Friday.

“As a journalist, one does not simply report and broadcast straightly”, the premier stated, adding that “journalists shall understand the case issue; contribute their ideas to government’s policy making; and follow up with the implementations.”

Prime Minister hoped that journalists’ critics can respond to the demands and wills of Cambodian people and make their voices heard.

The Strongman also expressed his concern that the capital’s administration might not know what’s happening at the provincial level. In this regard, he requests media to play role in bridging the news between the top and bottom lines, except information related to national security.