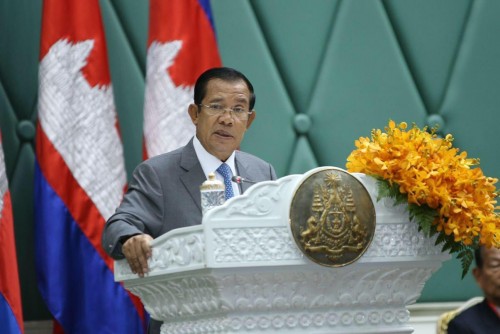 Prime Minister Hun Sen has announced that the Senate and National Assembly elections are not subject to changes, according to the premier’s official Facebook page on Thursday.

“This morning, I saw Phnom Penh Post’s article entitled “Prime Minister says elections will not take place amidst chaos” and it means that I will cancel or postpone the upcoming elections,” premier wrote.

“Without much explanation, I confirmed that the Senate Election will be held on February 25, 2018 and the National Assembly Election on July 29, 2018. Hopefully, the Phnom Penh Post, including the analysts, will learn how to comment and analyze more clearly”, he added.