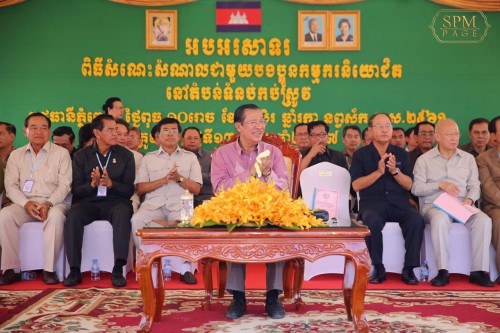 The claim was made when the premier visited more than 15,000 workers from 13 factories in Phnom Penh.

Prime Minister Hun Sen has announced the new government’s policy to fund female civil servants, police officers and soldiers $200 for a child born, $396 for a twin and $594 for a triplet.