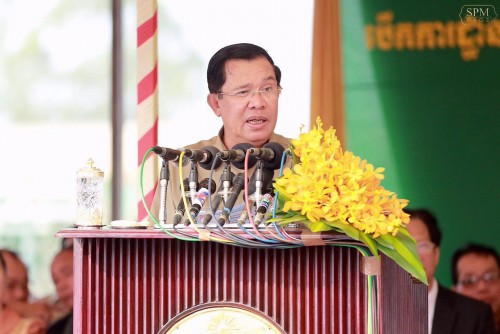 At the groundbreaking and inauguration ceremony of two portions of Phnom Penh’s second ring road, Samdech Techo Hun Sen said this was his real voice, and not an edited one.

Samdech Techo Hun Sen also threatened to reveal more recorded conversations with the opposition party leader through Line, WhatsApp, Telegram, etc. if the opposition side continued to deny the authenticity of the leaked phone conversation.