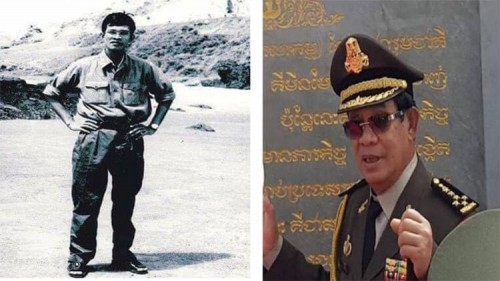 On Thursday, January 7, 2021, it will be the 42th anniversary of the liberation of Cambodia from the notorious, and noxious, Pol Pot regime and the end of the Killing Fields. It is the day Cambodian survivors of that genocidal period describe as their second birthday.
Without then-Mr. Hun Sen seeking of assistance from neighbouring Vietnam to drive Pol Pot from power on that day in 1979, one cannot imagine how many more millions, or perhaps the remains of Cambodians who lived under that regime would be gone.

Nearly 3 million had already died of starvation, execution, diseases, and forced labour under the Khmer Rouge rule from April 17, 1975 till it collapsed.
Cambodia’s population was an estimated 7.3 million when Pol Pot took power, and expelled the people from Phnom Penh and other provincial towns and forced them to work and live in countryside. There, everyone—regardless of their background and status—lost their loved ones to the regime.
Cambodian survivors describe the bloody regime, which ruled the country for 3 years 8 months and 20 days, as the hell on earth or the prison without wall. The communist Khmer Rouge cadres forced their own people to work hard and unremittingly from sunrise to sunset, offering little more than watery porridge for sustenance, no meat, no medicine, no market, no house, and nothing else.
Everyone was forced to abandon civilisation in all its forms, no private property, no love. Only black-clad clothes and hoe, spade and agricultural equipment available for farming.
Human rights did not exist at the time. Even then-Prince Norodom Sihanouk and his royal family were under house arrest at the Royal Palace in Phnom Penh for a time and narrowly escaped to China in early January 1979. Many royal family members lost their lives. Ordinary people, artists, intellectuals, such as Cambodian graduate students from France, among others died from starvation, execution, or tortured and killed later, suspecting them of opposing the Khmer Rouge’s agrarian policy.
A whole generation of young, talented, vibrant musicians and singers who had created a unique, modern, Cambodian sound, simply disappeared. Not only did the Khmer Rouge destroy what Cambodia was, it destroyed, for decades afterwards, what it could become.
Cambodia was at the time isolated from the outside world, while the U.N. and the Western governments supported the Khmer Rouge’s occupation of Cambodia’s seat at the U.N. from 1975 to 1993. In the meantime, hundreds of thousands of Cambodian displaced people fled to Vietnam and Thailand, as my family fled to South Vietnam, and returned to our shattered homeland right after Vietnam’s army volunteers drove Khmer Rouge from power, to recover and rebuild.
As a refugee kid in Vietnam, I used to enjoy eating delicious American cakes until the American Red-Cross left Vietnam in early 1973. Then the last American pulled out on April 30, 1975, right after the fall of Saigon, now Ho Chi Minh City.
Each Cambodian of that age has an anecdote to tell the world, as prime example, the Killing Field and First They Killed My Father movies. Every family has its episode to tell to outsiders after the so-called Democratic Kampuchea (DK) collapsed on the January 7, 1979.
Hundreds of thousands of Cambodian refugees fled the country and flocked to the land border just inside Thailand where eight camps set up and sponsored by the United Nations Border Relief Operation (UNBRO). More than 252,000 refugees lived in camps strung out over a 400-mile stretch along the border.
The United Nations, right after the Paris Peace Agreement on October 23, 1991 inked by the Cambodia’s four factional fighting groups, repatriated those refugees to their homeland after years of separations, although others made their ways to settle in new lives and loves in the west, especially in U.S. where Cambodia’s largest community overseas is in Long Beach, California.

After all these years, Cambodians wherever they now live, there is one thing in common they never forget: “the liberation day”.
In memory of those who saved Cambodians from the killing fields

I extend my invitation to everyone to attend the launch of my updated released book, FIGHT THE ENEMY, FIND LOVE in English. The event will be on Thursday, January 7, 2021 at 6 pm at the Meta House 47, St. 178 (German Cambodian Cultural Center), just a short walk to the North of the National Museum, Phnom Penh. Views and expressions in the book are my own as the author.

I recall my interview with the Khmer Times, “There are many aspects that inspired me to write this novel by weaving together parts of real history about Cambodia and Vietnam along with romance and love, as the book unfolds”.
I personally have read many publications both in Khmer and English. Most of the publications are about facts and history, fighting and war, loss and suffering, one tragedy after another, from the domestic fallout in Cambodia, to the Vietnam War, from the fall of Khmer Rouge in 1979, and ten years of Vietnamese troops working alongside Cambodia’s forces to prevent the return of Pol Pot to power through the 1980s.Too much was too much already written about the past.
Khmer Times reported: “Starkly enough, the plot of the book opens with the Hanoi Radio crackling a broadcast of prominent defectors calling for Vietnamese assistance to liberate their Cambodia”.
This reminded me of how Mr. Hun Sen, now Prime Minister of Cambodia and the world’s longest serving Prime Minister since January 1985, sacrificed his flesh and blood along with his four trusted teammates, leaving their wives and children in tears and trekking through the deadly jungle, along the Ho Chi Minh Trail, to Vietnam and sought Hanoi’s assistance to free Cambodia from Khmer Rouge atrocities.
I, as the author of the book, told the newspapers that, “sometimes I get bored myself from reading the same facts with no colour, not even one paragraph, in the whole book. I started to question if all readers like reading history? Because I noticed that some books on history look so untouched off the printing press, with few readers, sitting there for months and months in the library. If this was the case, I wondered how people learn about the past?”
“Then I had an idea on how to attract readers to learn some history by weaving together some facts and transforming it into a solid fiction of romance along with a sexy headline “Fight the Enemy, find Love”.
Like I said in the book that, many foreign writers over the years have penned numerous publications about Cambodia’s recent painful history, including the turbulent political events, the rise and fall of Cambodian leaders, and these writings have assisted in making Cambodia known to the outside world. Other foreign authors have written about the magnificent culture and ancient traditions of Khmer civilisation; then and now.
Photos and films about the Kingdom have also been displayed on the global stage, yet only a few fiction novels are to be found about the personal lives of Cambodians and their loves and passion for a harmonious life.
As a son of Cambodia’s recent tragic past, I myself went through both bad and good experiences and lived as a refugee in Vietnam in the 1970s. I subsequently learnt much from the war veterans of different factions who had experienced conflict. I should write a novel about it to tell the global audience about the past and I hope such a novel can help some to remember parts of Cambodia’s and Vietnam’s historical facts.