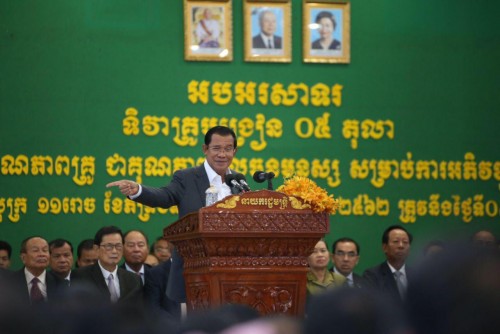 The reason was a few officials challenged one another to get leadership positions in the new provinces which has yet created.

The government announced late August to form two new provinces – one divided from Kandal province, and another one divided from Mondulkiri’s Koh Nhek district and Rattanakiri’s Lumphat, according to the letter dated on August 28, 2018.

Currently, the Kingdom of Cambodia has 24 provinces and the Capital City is Phnom Penh.