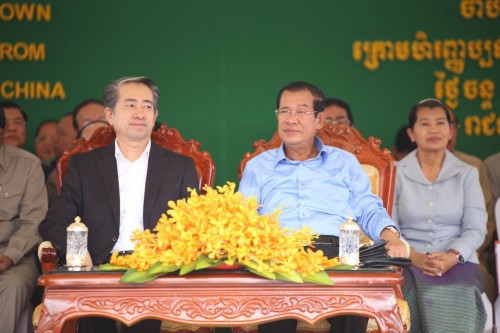 Prime Minister Hun Sen said that the excessive presences of Chinese people in Cambodia are for Chinese investment projects and the construction in Cambodia.

His statement was made at the groundbreaking ceremony for the improvement of National Road No.3, with the length of approximately 135 km, from Phnom Penh’s Chom Chao-Bek Kus-Kampot with estimated cost of more than $200 million under the preferential buyer’s credit loan from China.

The premier added that for other countries to have many of their people in Cambodia, they need to increase investment projects and constructions in Cambodia.

Chinese tourists ranked the first among foreign tourists visiting Cambodia. Among 5.6 million international tourists in 2017, 1.2 million is Chinese, an increase of 46% compared to 2016, according to the Ministry of Tourism’s report.