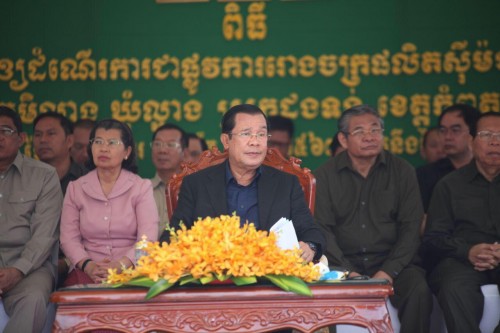 Cambodian Prime Minister Hun Sen reassured people that the kingdom has reserved 100 percent of water in the dams for hydroelectricity generation during the dry season, addressing Thursday at the cement inauguration ceremony in Kampot province.
“I reassure people in the capital that they will not face power cut. While we have enough water for electricity production, we also have other sources such as solar power, coal plant, and electricity imports from Vietnam, Thailand and Laos,” the premier stated.
According to the Minister of Mines and Energy Suy Sem, as of the first semester of 2019, Cambodia has seven hydropower plants, two coal-burning plants, and two solar farms. At least 93 percent of all villages and 74 percent of the total housings have been electrified.