Hun Sen: Foreign Aids Is for Nation and People 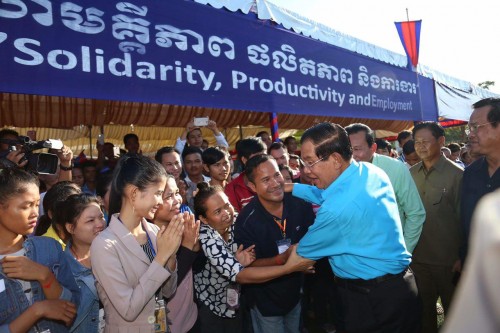 The premier stated that those foreign aids were not intended for his own good, but to build infrastructures for development and for Cambodians.

The statement was made on Wednesday during a meeting with more than 10,000 workers at Canadia Industrial Park in Senchey district.

“Some people considered themselves as successful that the EU will stop buying clothes from Cambodia. What do you think? I work with the CPP colleagues from the very beginning, until they think Hun Sen is good at asking for aids, but I did not ask to fulfill my own good, I asked for my people,” stated the premier.

He added that he tried to explain to foreign investors the Improving favorable conditions of investment in Cambodia through enhancing laws, building standards, strengthening institutions, training human resources, building roads and ports, and lowering electricity prices.