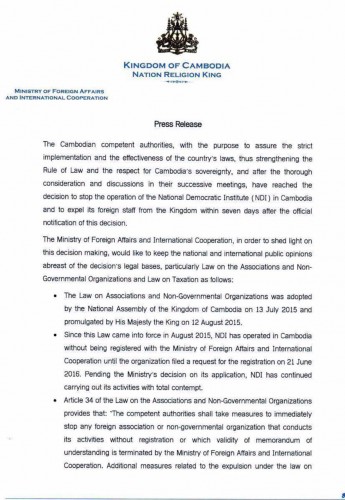 The Royal of Government of Cambodia decided to stop the operation of National Democratic Institute (NDI) and expel its foreign staff from the Kingdom within seven days, according to the Ministry of Foreign Affairs (MoFA)’s press release on Wednesday.”
“NDI has operated in Cambodia without being registered with MoFA and so far failed to comply with the Cambodian legislations,” stated the press release.