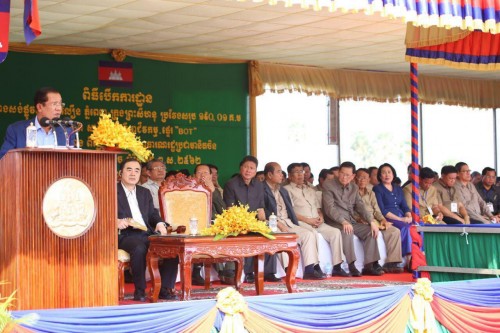 The Royal Government of Cambodia has spent USD 100 million for the affected communities resulted from the development of infrastructure projects nationwide, according to Cambodian Prime Minister Hun Sen.

“The government contributes 30 per cent of the compensations and the rest is responsible by the project owner. If people fail to cooperate, laws will be the effective measure,” the Premier underlined.

“When the nation needs compatriots, ones must sacrifice,” he urged.

Prime Minister pledged to build the nation with sweat and blood for both the current and next generations.