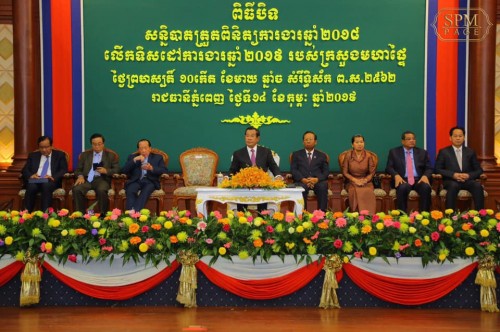 The EU has begun to impose import taxes on rice of Cambodia and Myanmar, which are exported to 28 EU Member States, for a period of three years from 18 January 2019-2021.

Cambodian Prime Minister Hun Sen stated that the tax on Cambodian rice had nothing to do with EBA; the EU’s decision on Cambodian rice was made after complaints from Italy and Spain, saying Cambodia and Myanmar rice imported into Europe are hurting European farmers, speaking at the annual meeting of ministry of interior on Thursday.

The tax imposition on Cambodian rice, however, does not only affect Cambodian farmers, but also rice consumers in Europe, particularly Cambodian people there, the premier stated.

The European Union is an important market for Cambodian rice. In 2018, Cambodia exported nearly 300,000 tons of rice to Europe, an equivalent to 43% of the total export volume of 630,000 tons.