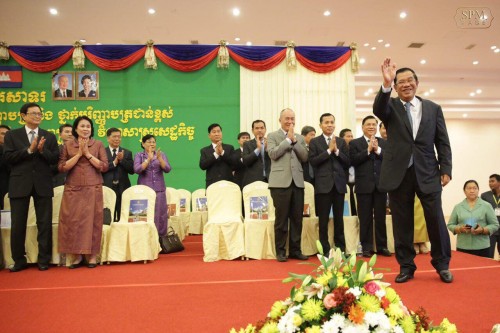 Speaking at the graduation ceremony of the Royal University of Law and Economics, the premier underlined that this new draft law will boost the state’s income collection, but ease some points as well.

Last month, the Ministry of Economy and Finance has completed a series of consultations with concerned government ministries to prepare the draft National Budget Law for 2017. All priorities have been set in order to further qualify public services for the people and to sustain the operation of the Royal Government of Cambodia (RGC), according to the ministry.

The National Budget Law for 2016 was approved with almost US$4.3 billion, up 16% from that in the previous year, of which nearly US$400 million for general administration; some US$700 million for national defense, security, and public order; over US$1 billion for social affairs, and nearly US$300 million for economic sector.