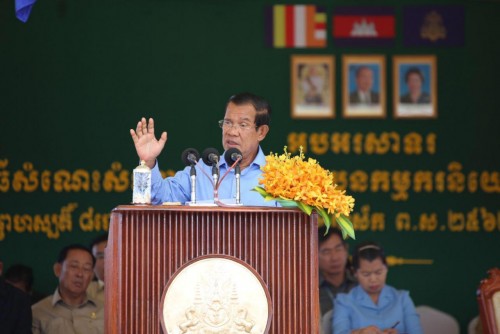 The statement was made on Thursday, addressing to approximately 30,000 workers from 25 factories in Kandal Province’s Ang Snoul district.

He considered Rainsy’s statement an insult to all political parties. The premier claimed that the sizes of parties does not matter when they have the rights to race in the election in order to lead the country legally.

“I will continue to lead at least 10 more years to destroy all the ill-intended people who wish to destroy nation, national unity, and territory,” stated the premier adding that “if war breaks out, employment, income, properties, human and animal lives will be lost.”

Cambodian opposition party was dissolved on November 16, 2017, and 118 opposition party leaders were banned from political activities for five years, charged of conspiring with foreigners to overthrow the ruling government.