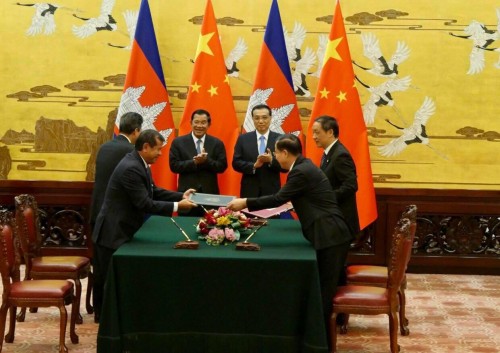 Prime Minister Hun Sen signed 6 Protocols and MoUs with China including the provision of $174 of grant aid for the development of Cambodia in 2017 during the his official visit on Tuesday.

The signing ceremony was held in Beijing, presided over by Chinese Prime Minister Li Keqiang and Cambodian PM Hun Sen.