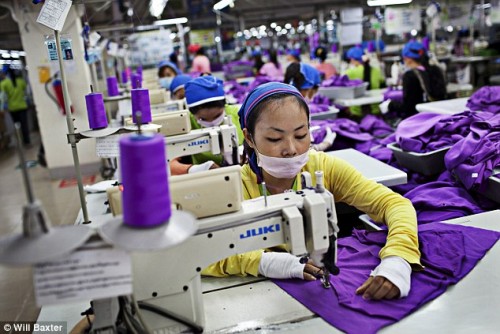 Speaking at a university graduation ceremony here, the prime minister said from Jan. 1, 2017 onward, the monthly minimum wage for the country’s multibillion-U.S.-dollar garment and footwear sector would be increased to 153 U.S. dollars, up 9.2 percent from the current 140 U.S. dollars.

Meanwhile, the prime minister called on the workers to maintain their existing jobs, as some factories here might move to Myanmar, Laos, or Bangladesh, where labor cost was far cheaper than that of Cambodia.

He said strengthening skills and expertise for the workers was crucial to increase productivity and quality of products as well as to attract new investors.

The sector is comprised of some 1,000 factories, employing approximately 750,000 workers.