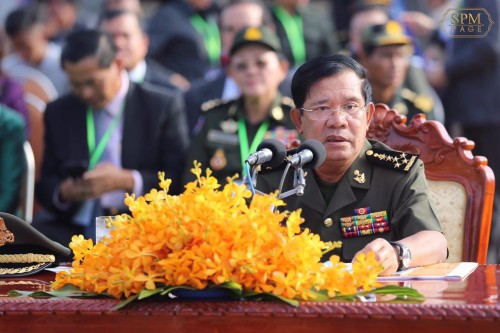 Samdech Akka Moha Sena Padei Techo Hun Sen, Prime Minister of the Kingdom of Cambodia, presided over this morning the commemoration of the 40th anniversary of the process to overthrow the Pol Pot genocide regime (Khmer Rouge regime).
This historical event was held in Koh Thmar in Tunloung commune, Memut district, Thbong Khmum province.
Samdech Techo Hun Sen recalled his past experience during that period to the public and foreign ambassadors.
The premier also shared yesterday on his official Facebook page some historical events on June 20-22, 1977 when he and some of his colleagues fled Cambodia to Vietnam, before coming back to his homeland and liberating the people from the genocide.